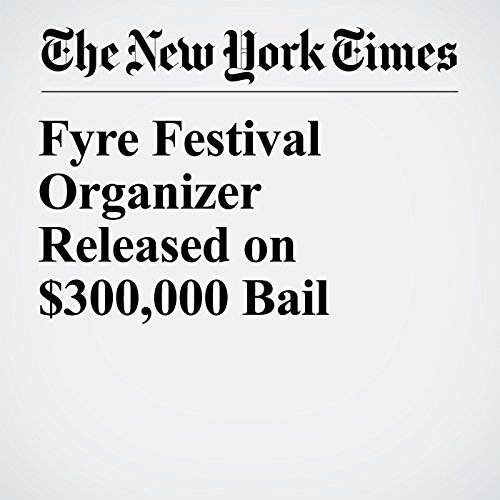 Billy McFarland, the entrepreneur behind the disastrous Fyre Festival in the Bahamas, lives in a $21,000-a-month penthouse apartment in Manhattan, yet during his first appearance before a magistrate judge Saturday afternoon, he was represented by a public defender.

"Fyre Festival Organizer Released on $300,000 Bail" is from the July 01, 2017 U.S. section of The New York Times. It was written by Ben Sisario and narrated by Kristi Burns.