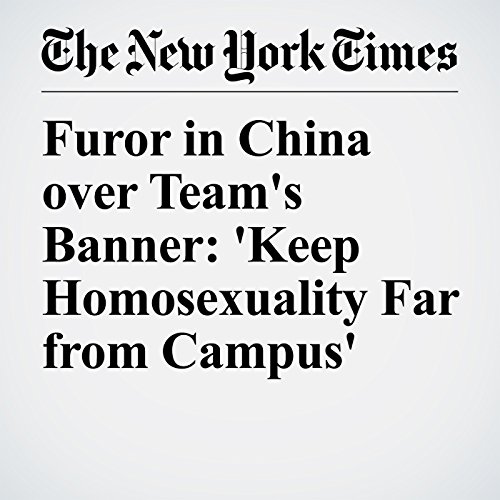 Huazhong University of Science and Technology in central China was known for its relatively welcoming attitude toward gay and lesbian people. Students waved rainbow flags at graduation, and the school hosted events featuring gay authors and artists.

"Furor in China over Team's Banner: 'Keep Homosexuality Far from Campus'" is from the April 20, 2017 World section of The New York Times. It was written by Javier C. Hernández and narrated by Keith Sellon-Wright.