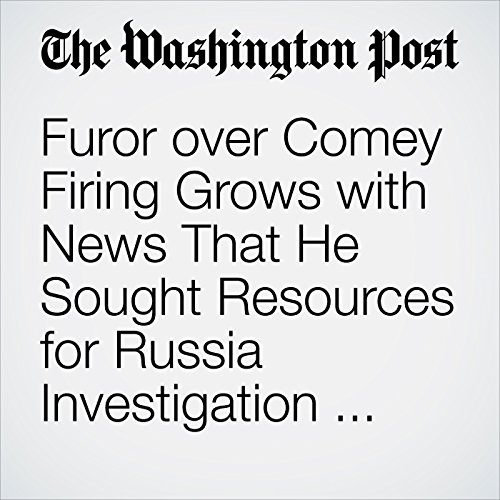 The furor over President Trump’s abrupt firing of FBI Director James B. Comey grew Wednesday with the revelation that Comey had sought more resources for an investigation into possible coordination between the Trump campaign and the Russian government shortly before he was dismissed.

"Furor over Comey Firing Grows with News That He Sought Resources for Russia Investigation Before His Dismissal" is from the May 10, 2017 Politics section of The Washington Post. It was written by Elise Viebeck, Ed O'Keefe, Sean Sullivan and Paul Kane and narrated by Sam Scholl.