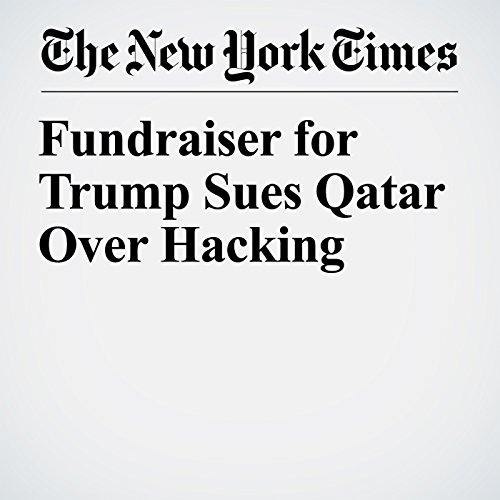 LONDON — Lawyers for Elliott Broidy, a Republican fundraiser close to President Donald Trump, on Monday filed a lawsuit accusing the government of Qatar of hacking into his emails and conspiring with Washington lobbyists to besmirch his reputation.

"Fundraiser for Trump Sues Qatar Over Hacking" is from the March 26, 2018 World section of The New York Times. It was written by David D. Kirkpatrick and narrated by Kristi Burns.