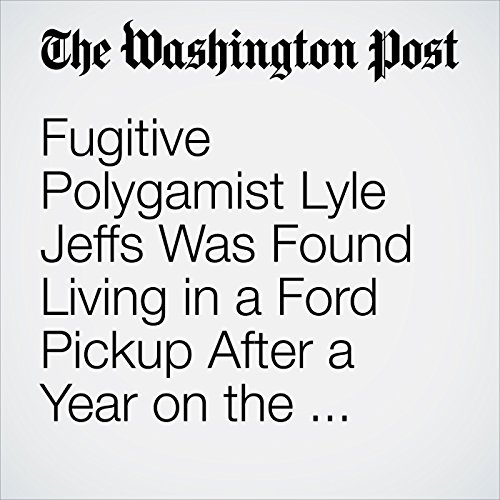 Federal authorities say polygamist religious leader Lyle Jeffs has been captured, almost exactly one year after he escaped from home confinement while he was accused in a multimillion-dollar food-stamp fraud scheme.

"Fugitive Polygamist Lyle Jeffs Was Found Living in a Ford Pickup After a Year on the Lam, FBI Says" is from the June 15, 2017 Acts of Faith section of The Washington Post. It was written by Lindsey Bever and narrated by Sam Scholl.