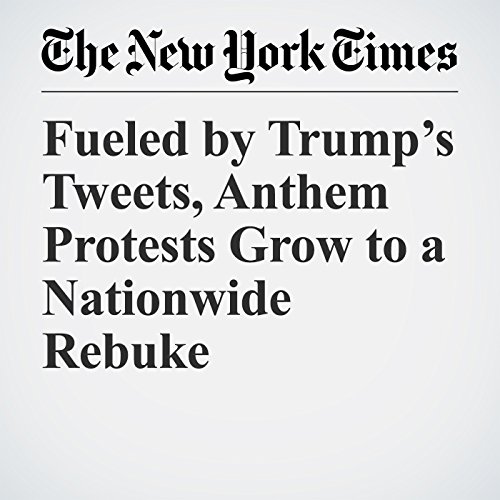 On three teams, nearly all the football players skipped the national anthem altogether. Dozens of others, from London to Los Angeles, knelt or locked arms on the sidelines, joined by several team owners in a league normally friendly to President Donald Trump. Some of the sport’s biggest stars joined the kind of demonstration they have steadfastly avoided.

"Fueled by Trump’s Tweets, Anthem Protests Grow to a Nationwide Rebuke" is from the September 24, 2017 Sports section of The New York Times. It was written by Ken Belson and narrated by Barbara Benjamin-Creel.