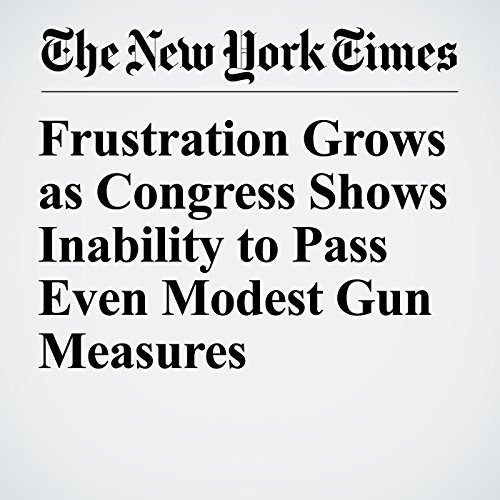 After a gunman in Las Vegas slaughtered country-music fans with assault weapons that mimicked a machine gun, lawmakers from both parties said they would move quickly to ban so-called bump stocks.

"Frustration Grows as Congress Shows Inability to Pass Even Modest Gun Measures" is from the February 15, 2018 U.S. section of The New York Times. It was written by Nicholas Fandos and Thomas Kaplan and narrated by Keith Sellon-Wright.