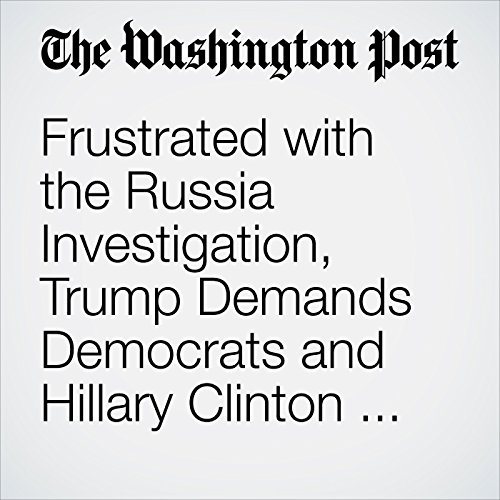 On Sunday morning, President Trump expressed frustration that his campaign is under investigation over possible ties to Russia's plot to influence the 2016 election but that his former opponent Hillary Clinton is not facing the same level of scrutiny.

"Frustrated with the Russia Investigation, Trump Demands Democrats and Hillary Clinton Face More Scrutiny" is from the October 29, 2017 Post Politics section of The Washington Post. It was written by Jenna Johnson and narrated by Sam Scholl.