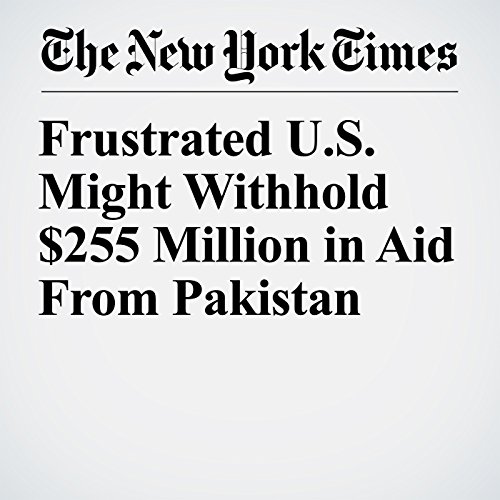 When Pakistani forces freed a Canadian-American family this fall held captive by militants, they also captured one of the abductors. U.S. officials saw a potential windfall: He was a member of the Taliban-linked Haqqani network who could perhaps provide valuable information about at least one other American hostage.

"Frustrated U.S. Might Withhold $255 Million in Aid From Pakistan" is from the December 29, 2017 World section of The New York Times. It was written by Adam Goldman, Mark Landler and Eric Schmitt and narrated by Archie Montgomery.