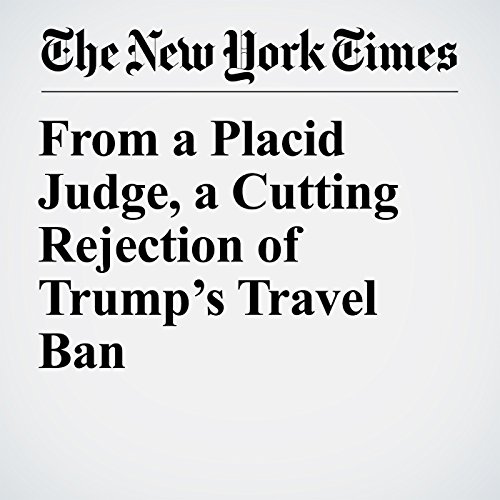 From a Placid Judge, a Cutting Rejection of Trump’s Travel Ban

Judge Derrick K. Watson’s language was stern, even biting: In an order on Wednesday that blocked President Donald Trump’s travel ban from taking effect, he rebuked the government for its “illogic” and for presenting arguments he bluntly called “not true.”

"From a Placid Judge, a Cutting Rejection of Trump’s Travel Ban" is from the March 16, 2017 U.S. section of The New York Times. It was written by Alexander Burns and narrated by Caroline Miller.