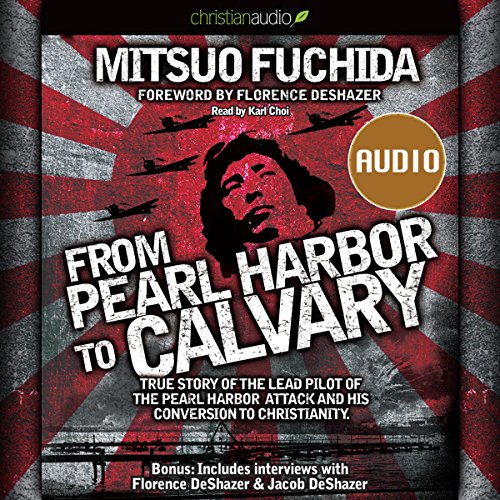 From Pearl Harbor to Calvary

Mitsuo Fuchida was a captain in the Imperial Japanese Navy Air Service who is perhaps best known for leading the first air wave attacks on Pearl Harbor on December 7, 1941. Fuchida was responsible for the coordination of the entire aerial attack, working under the overall fleet commander Vice Admiral Chuichi Nagumo. After World War II ended, Fuchida became an evangelist and Christian preacher, and frequently traveled to the United States to minister to the Japanese expatriate community. He became a United States citizen in 1966. His autobiography was originally released in 1953, and this edition will be published to coincide with the 70th anniversary of the attack on Pearl Harbor on December 7, 2011.

Should be required reading in schools

Shows the way hate was turned, forgiveness& goodwill brought to pass. Lives definitely changed for the better though horrible losses were incurred in the war.

The story itself is rather short. Some might like the extra stuff which adds about 2 extra hours to the audio.

What a powerful book

I wish I could of listen to or read this book 20 years ago, truly amazing.

This is a classic story of forgiveness and grace.
He who has been forgiven much loves much. I highly recommend this book.