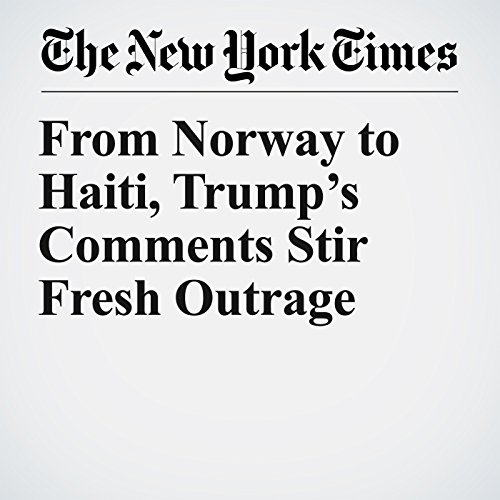 It was already past midnight Friday when the news arrived in Norway: A day after meeting with Norway’s prime minister in Washington, President Donald Trump told members of Congress that the United States needed more immigrants from places like Norway and fewer immigrants from countries like Haiti.

"From Norway to Haiti, Trump’s Comments Stir Fresh Outrage" is from the January 12, 2018 World section of The New York Times. It was written by Henrik Pryser Libell and Catherine Porter and narrated by Mike DelGaudio.