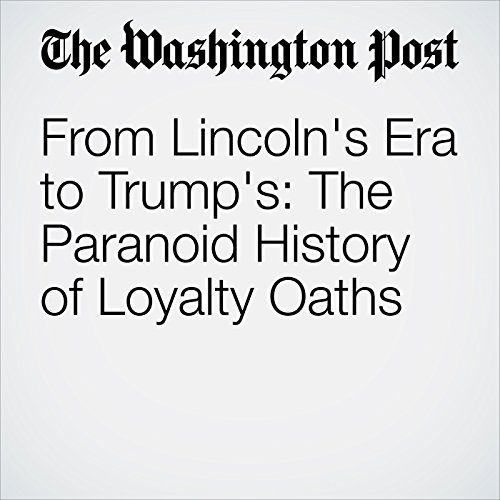 It was 1955 — decades before President Trump allegedly sought a loyalty pledge from his soon-to-be-fired FBI director — when political philosopher Howard B. White took on the fraught subject of loyalty oaths in the spring issue of the journal Social Research.

"From Lincoln's Era to Trump's: The Paranoid History of Loyalty Oaths" is from the June 09, 2017 Retropolis section of The Washington Post. It was written by  Michael S. Rosenwald and narrated by Jenny Hoops.