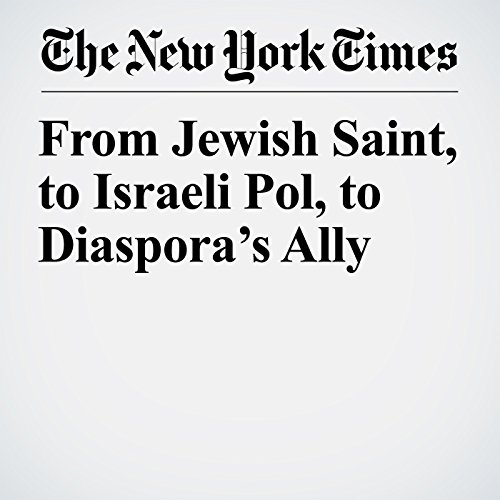 JERUSALEM — He has fought the Soviets from inside a gulag, battled against the peace process from inside Israel’s right wing, and spent the past nine years trying to stitch together Israeli and diaspora Jews just as they seemed to be pulling farther and farther apart.

"From Jewish Saint, to Israeli Pol, to Diaspora’s Ally" is from the June 29, 2018 World section of The New York Times. It was written by David M. Halbfinger and narrated by Barbara Benjamin-Creel.