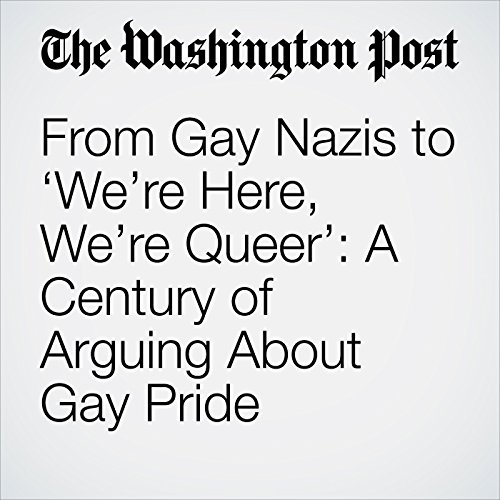 This month, hundreds of thousands of people around the world will join gay pride marches in cities big and small. In many cities, pride marches are controversial.

"From Gay Nazis to ‘We’re Here, We’re Queer’: A Century of Arguing About Gay Pride" is from the June 23, 2017 PostEverything section of The Washington Post. It was written by Laurie Marhoefer and narrated by Barbara Benjamin-Creel.