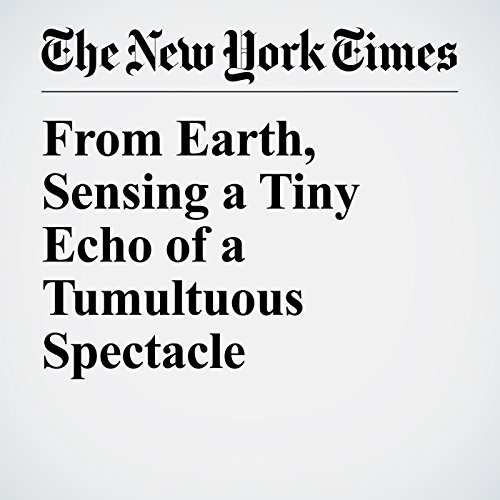 Astronomers said Thursday that they had felt space-time vibrations known as gravitational waves from the merger of a pair of mammoth black holes resulting in a pit of infinitely deep darkness weighing as much as 49 suns, some 3 billion light-years from here.

"From Earth, Sensing a Tiny Echo of a Tumultuous Spectacle" is from the June 01, 2017 Science section of The New York Times. It was written by Dennis Overbye and narrated by Barbara Benjamin-Creel.