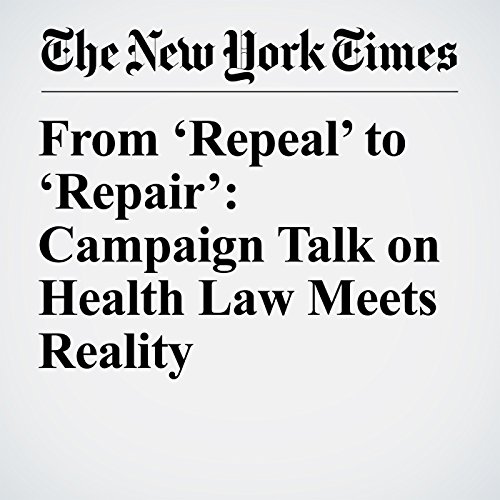 Now, Trump and his Republican allies on Capitol Hill have recast their ambitions for a rapid-fire repeal, talking privately and publicly about a more deliberative process that could be phased in over weeks or months.

"From ‘Repeal’ to ‘Repair’: Campaign Talk on Health Law Meets Reality" is from the February 06, 2017 U.S. section of The New York Times. It was written by Michael D. Shear and Robert Pear and narrated by Caroline Miller.