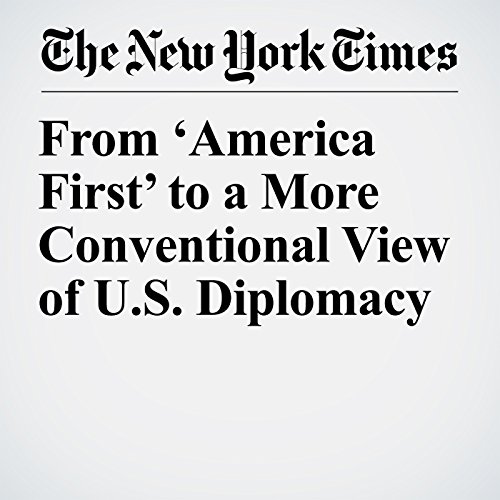 The president’s first address to Congress came after a turbulent debut on the world stage, when he unnerved allies with erratic statements on diplomatic issues and tempestuous phone calls with foreign leaders. But in many ways, it reflected his administration’s return to convention on several issues: support for allies in Europe and Asia, resistance to Israeli settlement construction in the West Bank, and fidelity to the “One China” policy.

"From ‘America First’ to a More Conventional View of U.S. Diplomacy" is from the March 01, 2017 U.S. section of The New York Times. It was written by Mark Landler and narrated by Caroline Miller.