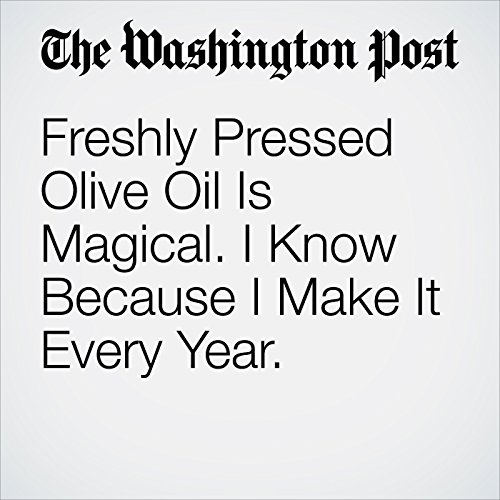 The fragrance of brand-new olive oil is unmistakable. If you’ve ever experienced it, you’ll recognize it instantly ever after. When the oil is fresh from the press, it’s as intense and all-pervasive as the aroma of white truffles, as penetrating as that of fir balsam, as seductive as the smell of June roses lingering in the nose for days after the blooms themselves have faded.

"Freshly Pressed Olive Oil Is Magical. I Know Because I Make It Every Year." is from the February 10, 2017 Food section of The Washington Post. It was written by Nancy Harmon Jenkins and narrated by Jill Melancon.

Cosa pensano gli ascoltatori di Freshly Pressed Olive Oil Is Magical. I Know Because I Make It Every Year.