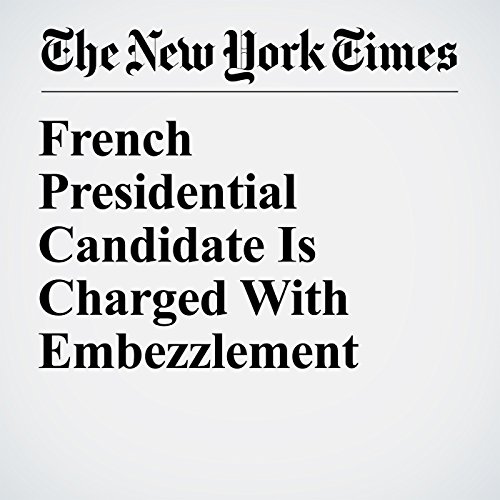 Fillon becomes the first major candidate to seek the presidency under France’s Fifth Republic while under formal criminal investigation. The accusations against him center on the employment, at public expense, of his wife and two of his five children as parliamentary aides.

"French Presidential Candidate Is Charged With Embezzlement" is from the March 15, 2017 World section of The New York Times. It was written by Aurelien Breeden and narrated by Keith Sellon-Wright.