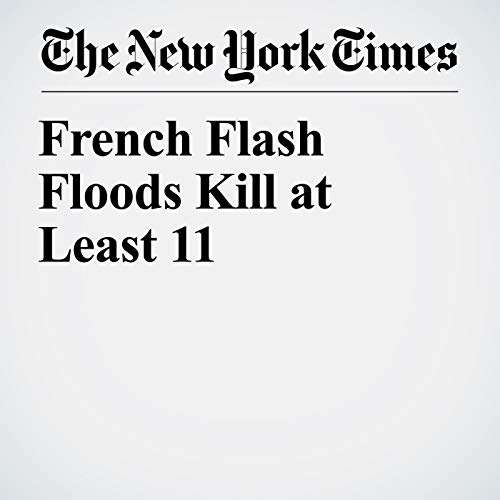 PARIS — Muddy rivers and streams swollen by torrential rains tore through southwestern France on Monday, swamping towns, cutting off roads and killing at least 11 people, according to French officials.

"French Flash Floods Kill at Least 11" is from the October 15, 2018 World section of The New York Times. It was written by Aurelien Breeden and narrated by Keith Sellon-Wright.