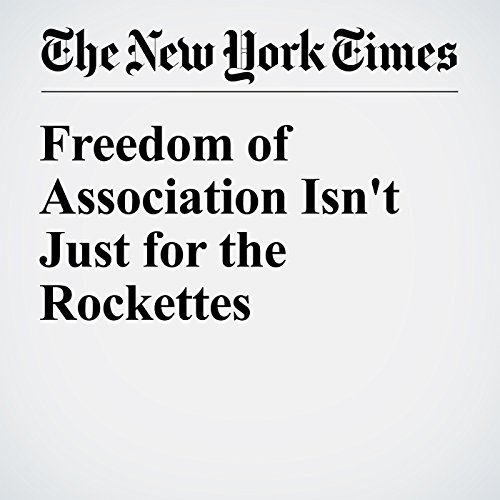 Like everything else connected to Donald Trump, even the entertainment at his inauguration is generating controversy. The stories have been a godsend to the talk-shows and tabloids. But they have also provided a reminder of something too easily forgotten: Freedom of association is a vital human right.

"Freedom of Association Isn't Just for the Rockettes" is from the December 27, 2016 Opinion section of The New York Times. It was written by Jeff Jacoby and narrated by Fleet Cooper.