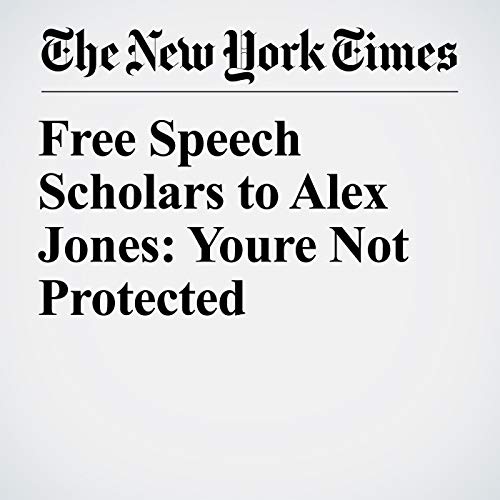 Not long after several of the country’s biggest tech firms — namely Apple, Facebook and Google — kicked conspiracy theorist Alex Jones off their various online platforms, Jones’ allies complained that he had been deprived of his First Amendment rights to free speech.

"Free Speech Scholars to Alex Jones: Youre Not Protected" is from the August 07, 2018 Opinion section of The New York Times. It was written by Alan Feuer and narrated by Keith Sellon-Wright.