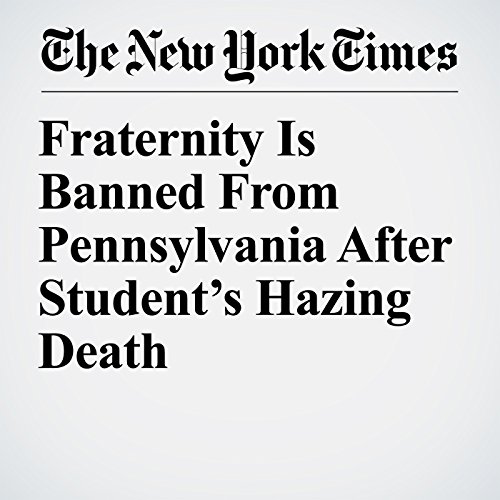 STROUDSBURG, Pa. — Four years after the fatal hazing of a Baruch College freshman, the fraternity he was trying to join was banned by a state judge on Monday from operating in Pennsylvania for 10 years. The judge’s ruling came after prosecutors here pursued criminal charges against the fraternity and it was found guilty of aggravated assault and involuntary manslaughter.

"Fraternity Is Banned From Pennsylvania After Student’s Hazing Death" is from the January 08, 2018 U.S. section of The New York Times. It was written by Rick Rojas and narrated by Keith Sellon-Wright.