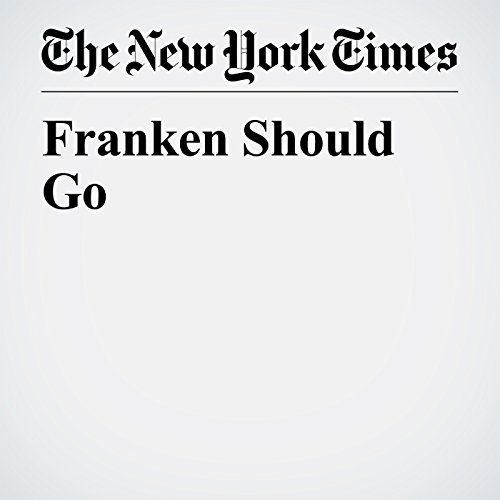 Before Thursday, I’d hoped Franken would run for president in 2020. A hugely gifted communicator with entertainment chops, he seemed well suited to take on Donald Trump, assuming the demagogic showman seeks re-election. A decade ago, when Franken first considered running for Senate, I spent a few days trailing him around Minnesota and found him serious, earnest and decent.

"Franken Should Go" is from the November 16, 2017 Opinion section of The New York Times. It was written by Michelle Goldberg and narrated by Barbara Benjamin-Creel.