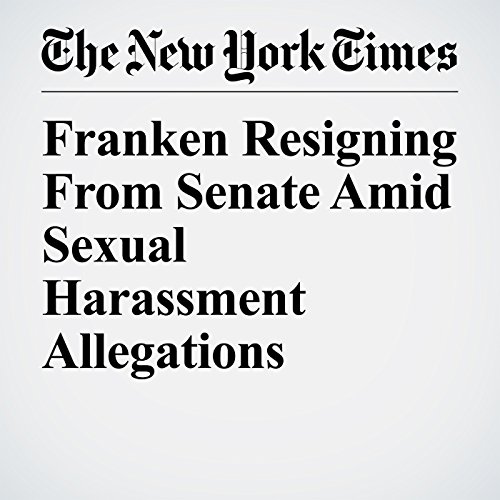 Sen. Al Franken, D-Minn., announced Thursday he would resign "in the coming weeks” from the Senate after his support among Democrats crumbled, becoming the highest-profile casualty in the growing list of lawmakers felled by charges of sexual harassment or indiscretions.

"Franken Resigning From Senate Amid Sexual Harassment Allegations" is from the December 07, 2017 Politics section of The New York Times. It was written by Yamiche Alcindor and Nicholas Fandos and narrated by Kristi Burns.