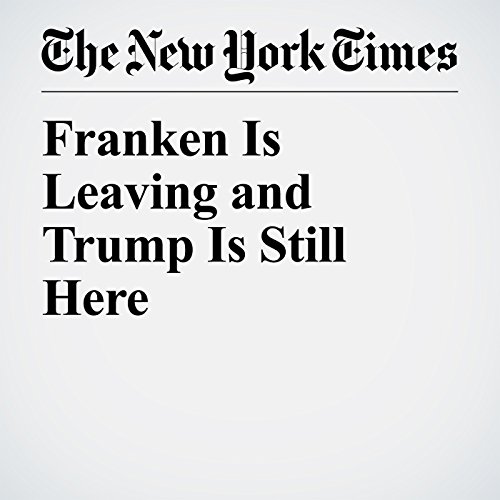 While Franken is on his way out of the Senate, Roy Moore, R-Ala., may be on his way in. Moore stands credibly accused of molesting a 14-year-old whom he picked up outside her mother’s custody hearing and of sexually assaulting a 16-year-old after offering her a ride home from her waitressing job. Nevertheless, Moore has President Donald Trump’s endorsement. The Republican National Committee, which pulled financial support for Moore in November, has restored it. Recent polls show him leading in the special election set for Tuesday.

"Franken Is Leaving and Trump Is Still Here" is from the December 08, 2017 Opinion section of The New York Times. It was written by Michelle Goldberg and narrated by Barbara Benjamin-Creel.