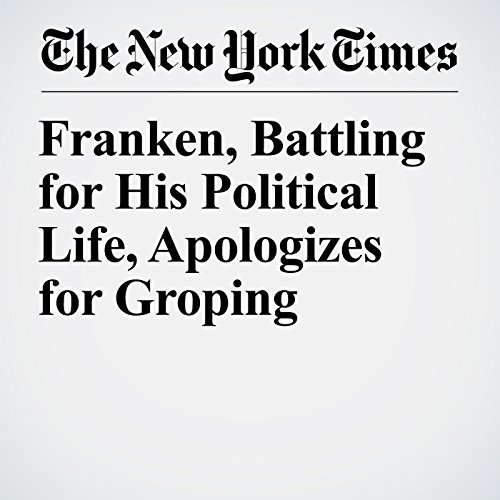 Franken, Battling for His Political Life, Apologizes for Groping

Sen. Al Franken, addressing reporters here for the first time since reports emerged that he had groped several women, said Monday that he was sorry and would be getting back to work to try to regain the trust of women, voters and his colleagues.

"Franken, Battling for His Political Life, Apologizes for Groping" is from the November 27, 2017 U.S. section of The New York Times. It was written by Nicholas Fandos and narrated by Keith Sellon-Wright.