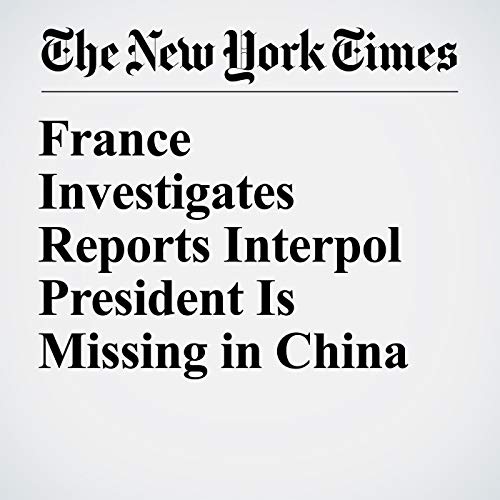 PARIS — French authorities said Friday that they had opened an investigation after the president of Interpol, Meng Hongwei, a Chinese national, was reported missing during a trip to China, where he continued to serve as a senior police official.

"France Investigates Reports Interpol President Is Missing in China" is from the October 05, 2018 World section of The New York Times. It was written by Aurelien Breeden and Chris Buckley and narrated by Barbara Benjamin-Creel.