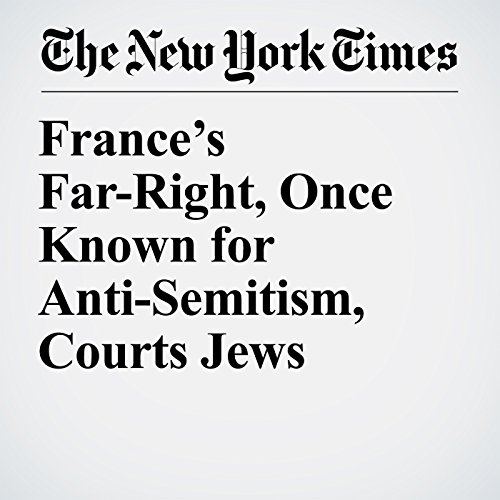 For years, France’s far-right National Front was synonymous with anti-Semitism. Its founder, Jean Marie Le Pen, was notorious for anti-Semitic outbursts — including a comment that the Holocaust was just a detail of history.

"France’s Far-Right, Once Known for Anti-Semitism, Courts Jews" is from the April 05, 2017 World section of The New York Times. It was written by Amanda Taub and narrated by Barbara Benjamin-Creel.