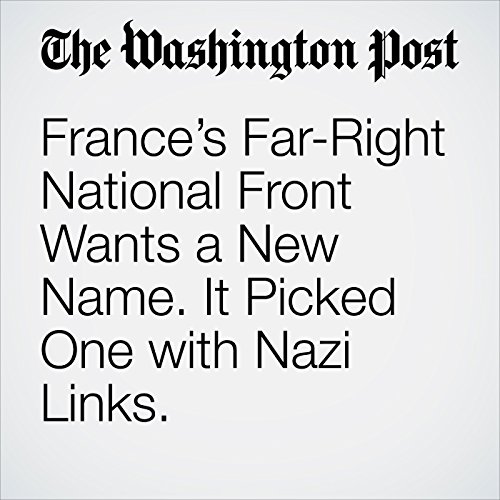 PARIS — Marine Le Pen has unveiled a new name for France's National Front, the far-right party she seeks to rebrand and reenergize after reaching the final round of the French presidential election last year. Her choice, however, carries echoes of a dark past.

"France’s Far-Right National Front Wants a New Name. It Picked One with Nazi Links." is from the March 12, 2018 World section of The Washington Post. It was written by James McAuley and narrated by Sam Scholl.