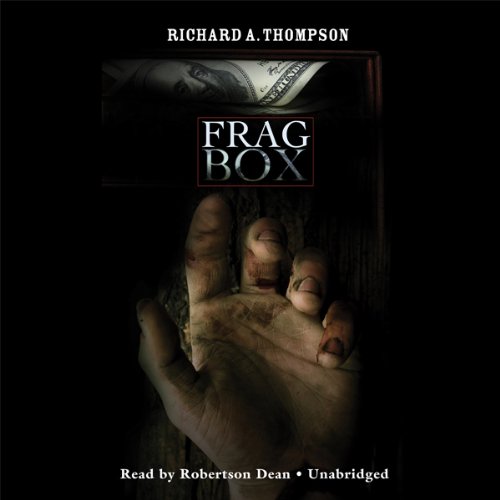 Jackson doesn't admit he's from Detroit, much less that he used to run a bookie operation there. His bail-bond business in St. Paul is much safer, and if Charlie Victor wasn't his best client, he was at least a steady one, paying his bonding fee out of a secret stash he called his frag box. Then Charlie is beaten to death on a public street in broad daylight.

His murder is bizarre and unexpected but no more so than the fact that he left a will naming Jackson as his sole heir. Jackson wants justice for Charlie, who had become something of a friend. But with plenty of money problems of his own, he also wants the box of cash.

Unfortunately, Charlie's killers want it, too, and the race is on. But every step closer to Charlie's box peels away another layer of protection and another set of lies Jackson has told, including the ones he told himself.

Richard A. Thompson is a former civil engineer and construction manager who traded his hard hat for a laptop and now writes full time. He plays tennis five days a week and builds museum-quality model ships.

©2009 Richard A. Thompson (P)2009 Blackstone Audio, Inc.
"A dash of romance, plenty of action and an appealing, wise-cracking hero enhance this detective story with an old-fashioned noir flavor." ( Publishers Weekly)