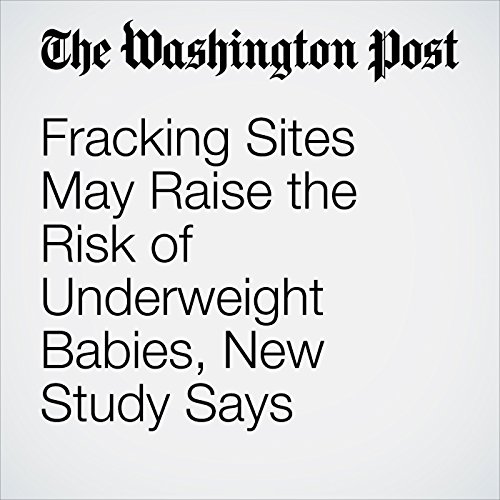 Living within half a mile of a hydraulic fracturing site carries a serious risk for pregnant women, a new study has found. The drilling technique, also known as fracking, injects high-pressure water laced with chemicals into underground rock to release natural gas.

"Fracking Sites May Raise the Risk of Underweight Babies, New Study Says" is from the December 13, 2017 National section of The Washington Post. It was written by Darryl Fears and narrated by Sam Scholl.