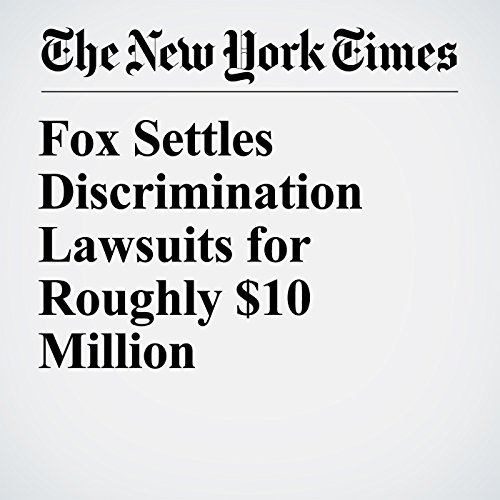 Attempting to put to rest a drama that has plagued Fox News since the summer of 2016, the network’s parent company has reached a roughly $10 million settlement to resolve a group of racial and gender discrimination lawsuits involving 18 current and former employees, according to a document viewed by The New York Times and three people briefed on the deal.

"Fox Settles Discrimination Lawsuits for Roughly $10 Million" is from the May 15, 2018 Business section of The New York Times. It was written by Emily Steel and narrated by Keith Sellon-Wright.