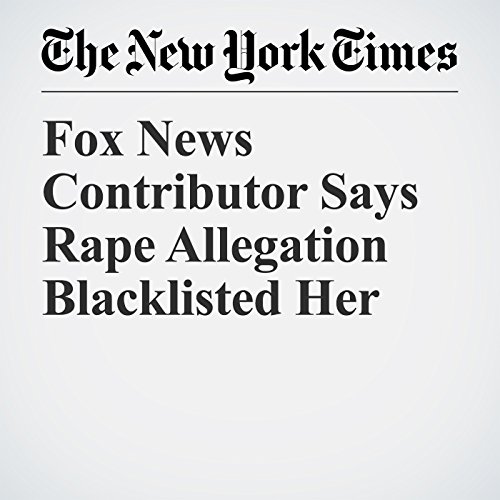 Fox News, which for more than a year has dealt with the fallout from an embarrassing sexual harassment scandal, was sued on Monday by the political commentator Scottie Nell Hughes, who claimed that she had been raped by the longtime anchor Charles Payne and was then retaliated against by the network after she came forward with her allegation.

"Fox News Contributor Says Rape Allegation Blacklisted Her" is from the September 18, 2017 Business section of The New York Times. It was written by Emily Steel and narrated by Keith Sellon-Wright.