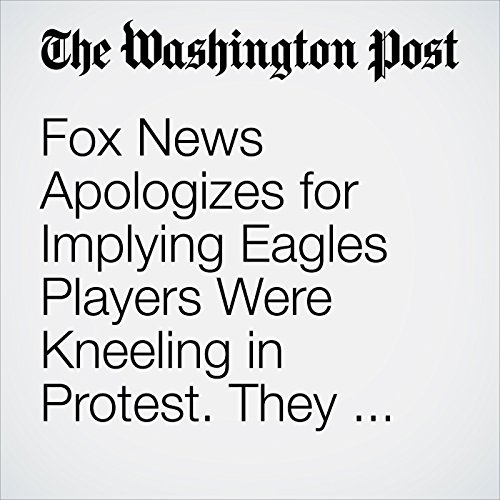 Philadelphia Eagles tight end Zach Ertz called out Fox News for using photos of players kneeling in pregame prayer during a segment about the team’s canceled Super Bowl visit to the White House, calling it “propaganda.” The network later apologized for showing the footage, which was unrelated to the NFL’s national anthem demonstrations, during its report on the rescinded visit.

"Fox News Apologizes for Implying Eagles Players Were Kneeling in Protest. They Were Praying." is from the June 05, 2018 National section of The Washington Post. It was written by Cindy Boren and narrated by Sam Scholl.