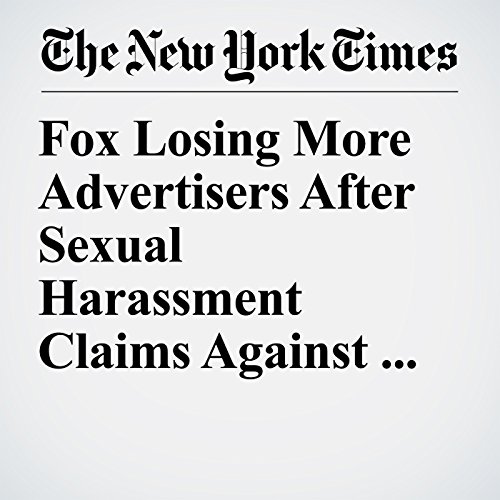 Pressure mounted Tuesday for Fox News to take action against its top-rated host, Bill O’Reilly, as a series of prominent companies pulled advertising from his show, and a leading women’s rights group called for his ouster.

"Fox Losing More Advertisers After Sexual Harassment Claims Against O’Reilly" is from the April 05, 2017 Business section of The New York Times. It was written by Emily Steel and Michael S. Schmidt and narrated by Keith Sellon-Wright.