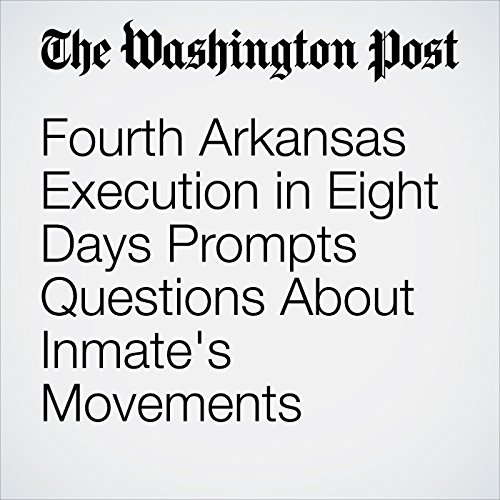 Arkansas executed a death-row inmate late Thursday in the state’s fourth lethal injection in eight days, concluding a frantic execution schedule officials said was necessary to carry out death sentences before one of their drugs expired.

"Fourth Arkansas Execution in Eight Days Prompts Questions About Inmate's Movements" is from the April 28, 2017 National section of The Washington Post. It was written by Mark Berman and narrated by Jill Melancon.