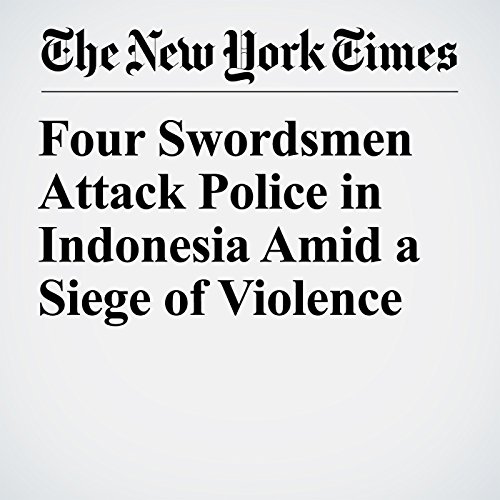 JAKARTA, Indonesia — In the latest of a wave of apparent terrorist attacks in Indonesia, four sword-wielding men were shot dead Wednesday after ramming a car into a security checkpoint at a provincial police headquarters on the island of Sumatra and attacking officers, police said.

"Four Swordsmen Attack Police in Indonesia Amid a Siege of Violence" is from the May 16, 2018 World section of The New York Times. It was written by Joe Cochrane and Hannah Beech and narrated by Kristi Burns.