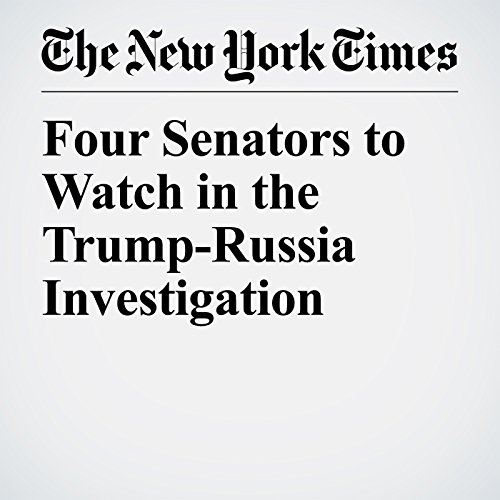 These four Republican senators — Susan Collins of Maine, James Lankford of Oklahoma, Roy Blunt of Missouri and Marco Rubio of Florida — are emerging as a bloc integral to the Senate Intelligence Committee’s investigation into Russian meddling in the 2016 presidential election.

"Four Senators to Watch in the Trump-Russia Investigation" is from the May 30, 2017 U.S. section of The New York Times. It was written by Carl Hulse and narrated by Fleet Cooper.