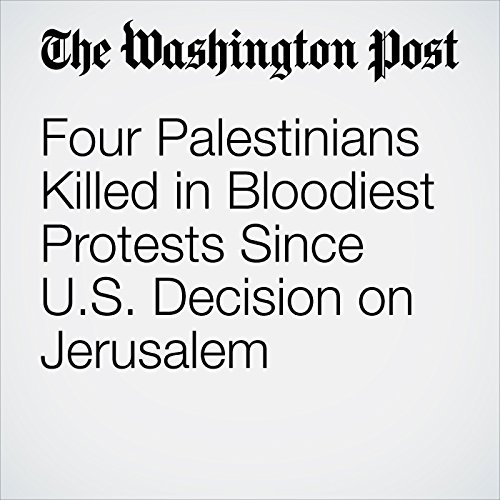 Four Palestinians were killed Friday during violent clashes with Israeli security forces, marking the bloodiest day of demonstrations since President Trump sparked outrage across much of the Middle East by declaring Jerusalem the capital of Israel.

"Four Palestinians Killed in Bloodiest Protests Since U.S. Decision on Jerusalem" is from the December 15, 2017 World section of The Washington Post. It was written by Loveday Morris and Hazem Balousha and narrated by Sam Scholl.