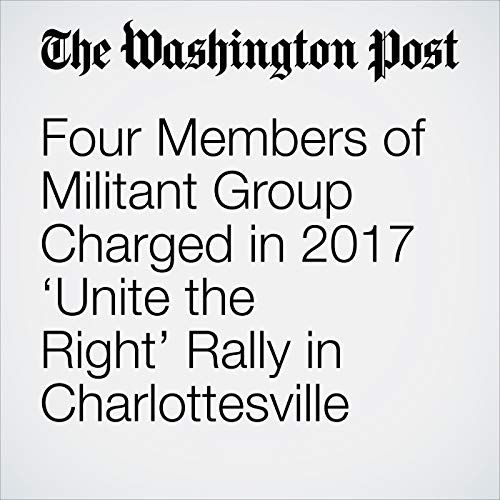 Four California men, all alleged members of an organized hate group, were charged Tuesday with violating a federal rioting law during the violent, 2017 white-supremacist rally in Charlottesville, authorities said.

"Four Members of Militant Group Charged in 2017 ‘Unite the Right’ Rally in Charlottesville" is from the October 02, 2018 National section of The Washington Post. It was written by Paul Duggan and narrated by Sam Scholl.