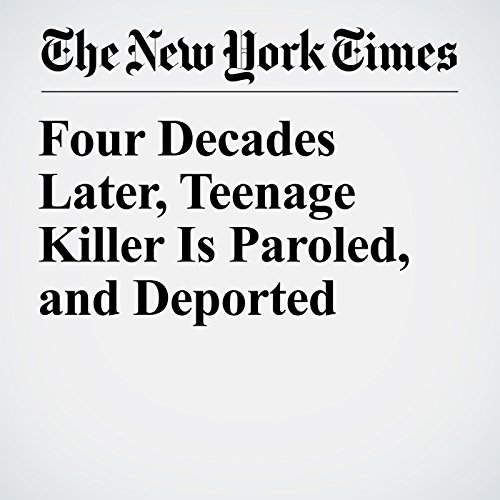 The inmate, Dempsey Hawkins, had spent his entire adult life in New York state prison for a crime he committed on Staten Island in 1976, when he was 16.

"Four Decades Later, Teenage Killer Is Paroled, and Deported" is from the January 29, 2017 U.S. section of The New York Times. It was written by Michael Wilson and narrated by Keith Sellon-Wright.