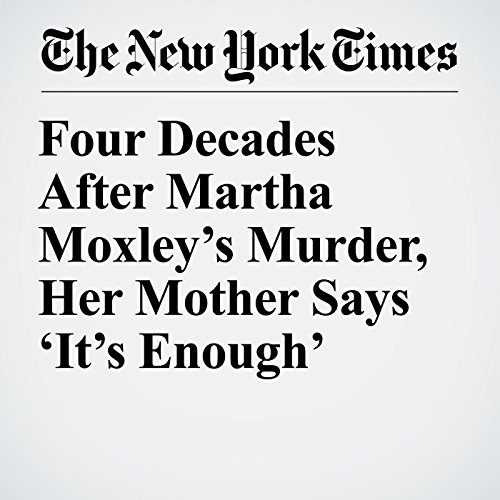 Dorthy Moxley had tears in her eyes as she hugged her son, John, in the courtroom. More than 25 years after her daughter Martha had been beaten to death, a jury had found a man guilty of killing her. She told an interviewer that the day had felt like a dream and she feared she would wake up. John later said the verdict came as long-awaited relief; he was “just glad it was done.”

"Four Decades After Martha Moxley’s Murder, Her Mother Says ‘It’s Enough’" is from the May 05, 2018 U.S. section of The New York Times. It was written by Rick Rojas and Kristin Hussey and narrated by Keith Sellon-Wright.