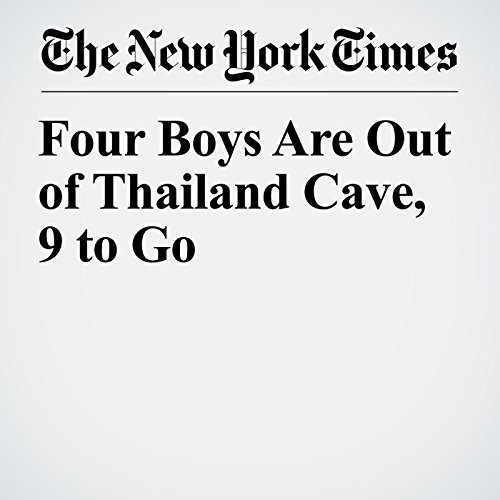 The first four soccer players rescued from the Thailand cave were at the hospital on Sunday, military and local officials said. But it will be hours — from 10 to 20, according to the search chief — before other boys can start the trip. Divers will be replacing air tanks and supplies along their route until then.