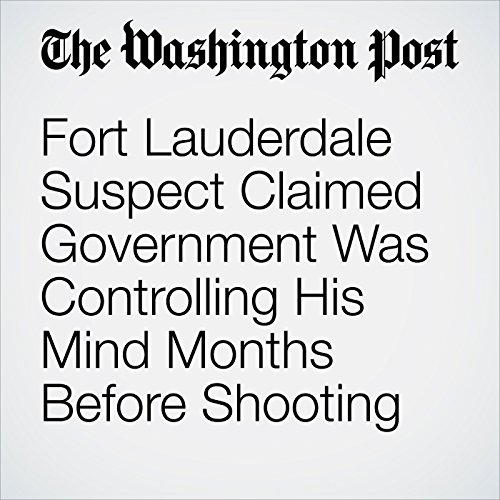 Investigators said Saturday that Santiago drew frequent police attention for domestic violence in his Alaska home town and twice was arrested within the last year. Two months before the shooting, they said, he was admitted to a mental-health facility after showing up at an FBI field office and telling agents his mind was being controlled, complaining that the government was forcing him to watch Islamic State videos.

"Fort Lauderdale Suspect Claimed Government Was Controlling His Mind Months Before Shooting" is from the January 08, 2017 National section of The Washington Post. It was written by Elise Viebeck and Cleve R. Wootson Jr. and narrated by Sam Scholl.