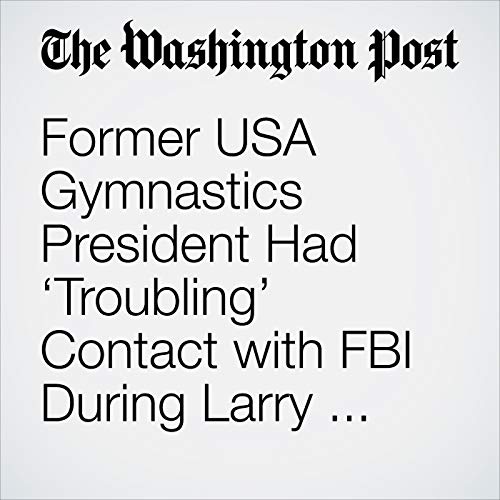 Steve Penny, the former president and CEO of USA Gymnastics, discussed a U.S. Olympic Committee job opening with the head of the FBI’s Indianapolis field office while that office was investigating Larry Nassar in 2015, contact that has been dubbed “troubling” by a prosecutor in Texas who charged Penny with felony evidence tampering in a separate investigation related to Nassar.

"Former USA Gymnastics President Had ‘Troubling’ Contact with FBI During Larry Nassar Investigation" is from the October 19, 2018 National section of The Washington Post. It was written by Matt Bonesteel and narrated by Jenny Hoops.