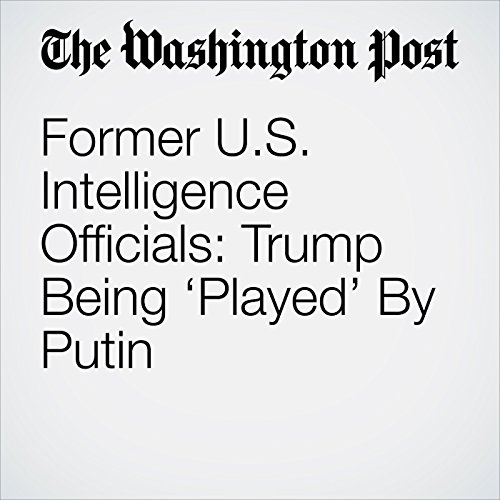 Two top former U.S. intelligence officials said Sunday that President Trump is being “played” by President Vladi mir Putin on Russia’s interference in the 2016 election and accused him of being susceptible to foreign leaders who stroke his ego.

"Former U.S. Intelligence Officials: Trump Being ‘Played’ By Putin" is from the November 12, 2017 Politics section of The Washington Post. It was written by John Wagner and narrated by Sam Scholl.