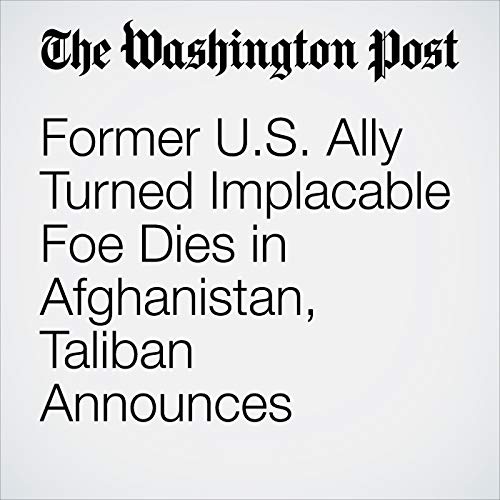 A top leader of an insurgent group affiliated with the Taliban, who was once an ally of the United States and later became one of its fiercest opponents in Afghanistan, has died, the Taliban announced Tuesday.

"Former U.S. Ally Turned Implacable Foe Dies in Afghanistan, Taliban Announces" is from the September 04, 2018 World section of The Washington Post. It was written by Sayed Salahuddin and William Branigin and narrated by Sam Scholl.