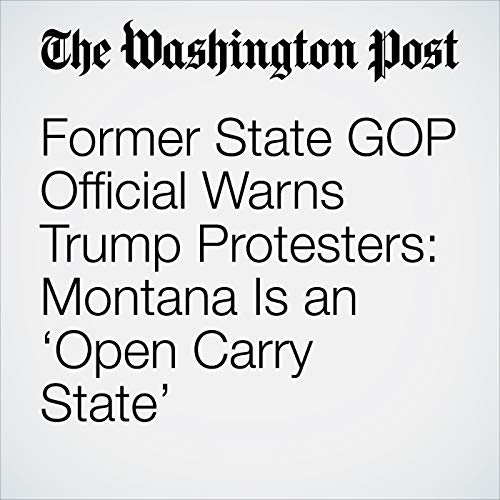 Violent political protests have erupted in New York and Portland recently, and former GOP official Will Deschamps Sr. worries Missoula could be next.

"Former State GOP Official Warns Trump Protesters: Montana Is an ‘Open Carry State’" is from the October 18, 2018 National section of The Washington Post. It was written by Alex Horton and narrated by Sam Scholl.